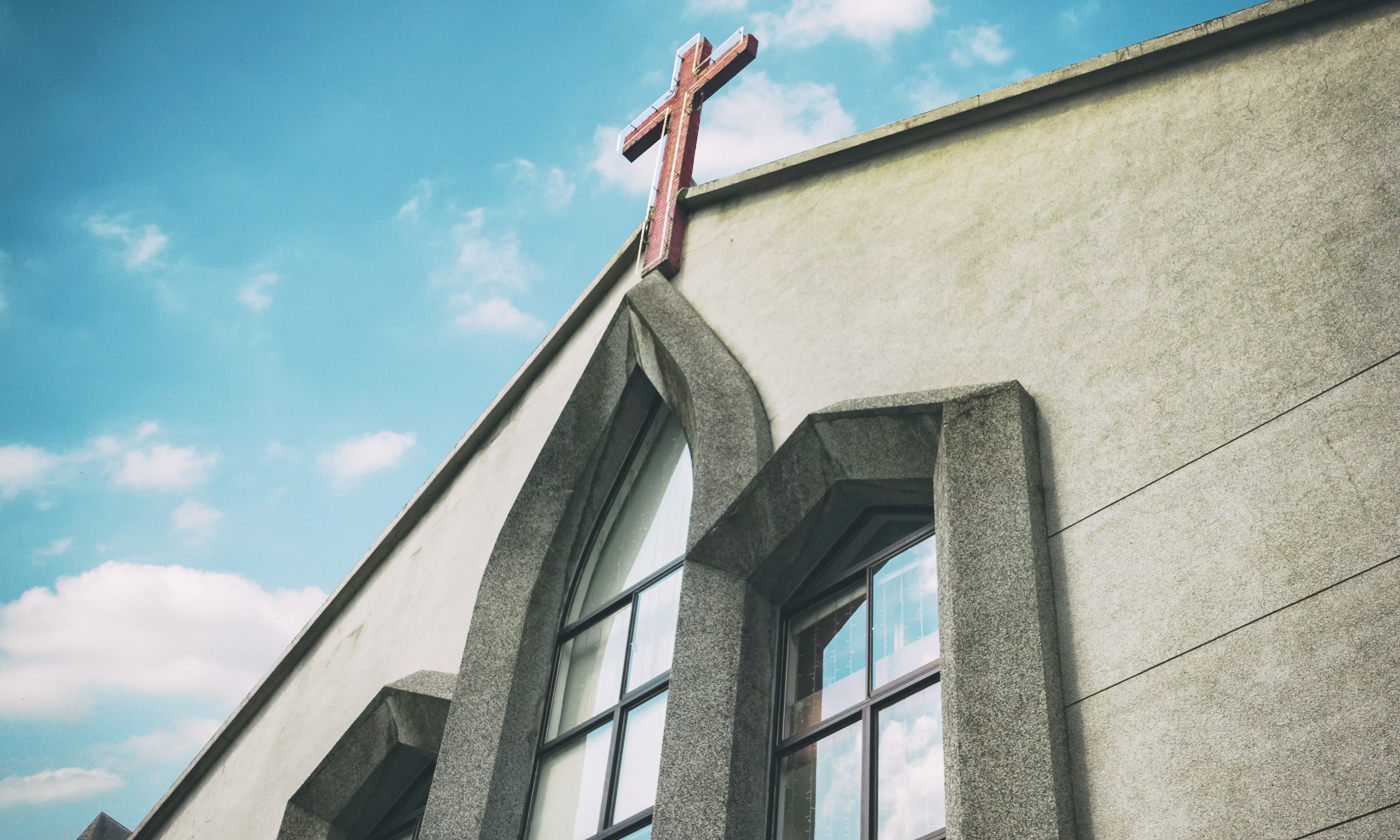 Christianity, The Truth or Just a Dream?

Having discussed Islam and Christianity with hundreds of people it is not an exaggeration to say that a large portion of converts to Christianity claim “personal revelation” in the form of having a dream where Jesus came to them and told them to be Christian.

Firstly if the Jesus in the dream looked like the pictures that are all over the internet and other places of Jesus, then you actually saw Cesare Borgia who was the model of the common “Jesus image”. Secondly if one has a dream of Jesus asking them to become Muslim will the same Christians accept this “personal revelation” as an unquestionable truth? To the exact opposite any time I have asked a Christian if they would accept they have said “That was Satan who went to lead people away from Jesus!” but by what standard are you making this claim? Only because “Jesus” didn’t agree with you?

Thousands, if not millions, have claimed dreams in relation to religious contexts either for converting to a religion, changing it’s rules and so on. So while the dreams of one person may conflict with another (and another, etc). we have more reliable sources for one who is sincere for searching for the truth. Though, those without reliable sources and who cling to their position despite lack of evidence and logic will also gravitate to the usage of someone’s individual dream (in rejection to other dreams they deem unholy).

Another common selling point of Christian missionaries and stories of converts to Christianity is emotional arguments and/or appealing to what we think should be the correct opinions. While I may have an opinion of something being right or wrong (say homosexuality or 100 other issues).. you will have an opinion, and 7 billion people will have yet other opinions. What makes your opinion the criterion of truth and falsehood as opposed to mine or someone else’s?

If one is sincere to following God they will follow Him in truth. They will firstly seek the true religion versus those by men so they can follow God. They will then seek to please God and earn His love through obedience, worship, repentance, etc.

On the same grounds of emotional arguments is the repetition of “God is love” and “Jesus loves you” hundreds of times in a discussion. This needs no repetition as the Muslim will tell you that God loves us more than our own mothers and we believe the same. In actuality this is a psychological and emotional leverage that attempts placidly imply truth through emotional argument.

Jesus Died For Your Sins!

This is yet another emotional argument in Christian “dawah” but also a core concept of their faith. Strangely enough it is something that was never preached by past prophets nor Jesus himself, who of course had to die first before using the death could be a cornerstone of any faith. The truth is that this is a later addition to the Christian religion along with the Bible compilation and writing itself happening in the fourth century and many councils agreeing on dogma during this time frame.

The truth. We are all sinners and though a happy go lucky message of go ahead and sin you’re already forgiven may win you points emotionally this is a lie against the message of Jesus. Upon reflection the truth in God’s religion is more beautiful than any surface level arguments can ever combat.

God has the angels who are sinless but created man weak to sinning. Through sinning we realize this weakness and return to God in forgiveness. This builds a personal relationship with God, not as an equal but as a slave or child who relies completely upon Him to forgive. Through this Islam – God’s religion since the first man Adam – gives us a truly personal relationship with God and the only means for repentance and salvation, which is not found in false ideas created by men without merit… for one will be disappointed by falsehood when they meet their Lord. On repentance the Prophet said,

“All the sons of Adam are sinners, but the best of sinners are those who repent often.” [Tirmidhi]

“I swear by Him in whose hand is my soul, if you were a people who did not commit sin, Allah would take you away and replace you with a people who would sin and then seek Allah’s forgiveness so He could forgive them.” [Muslim]

“Allah the Almighty has said: ‘O Son of Adam, as long as you invoke Me and ask of Me, I shall forgive you for what you have done, and I shall not mind. O Son of Adam, were your sins to reach the clouds of the sky and you then asked forgiveness from Me, I would forgive you. O Son of Adam, were you to come to Me with sins as great as the Earth, and were you then to face Me, ascribing no partner to Me, I would bring you forgiveness nearly as great as it [too].’” [Tirmidhi]

Salvation Through Accepting Jesus Or God?

How did Noah, Abraham, Moses or even Jesus teach the people to achieve salvation? Though we have already mentioned the Bible being unreliable and adultered we find that they fought salvation through good deeds and repentance, and this is Islam of which they were all prophets of.

The Christians have conflicting arguments (which they greatly disagree over) on their explanation for why the past prophets never directly tell their people to seek salvation through Jesus yet this is the most important aspect of modern day Christianity, literally article number 1 of their faith.

The consistent and true message of salvation that God has given the first of mankind until us today is to seek salvation through truth, good deeds and repentance in a truly personal relationship with him. This truth is Islam which is why…

So Who Converts To Islam?

Islam is the largest and fastest growing religion in the world (by a good margin) recently surpassing Christianity. Numbers alone are not a sign of truth and even though Muslims could use both growth rate and current numbers to win an argument on this we’ll resist that temptation here.

We said that a vast supermajority of Christian converts state dreams and emotional reasoning (which is not exclusive to them). So why do the majority of people become Muslim? Logical conclusion through research and history.

Historically God has always sent prophets when the message has faded and revived His religion through prophets and revelation. As stated above the modern day Christianity is in many ways different then what Jesus actually taught. Much of this change from Jesus’ teachings to modern day Christianity started after Constantine converted to Christianity and made it the state religion. You had the council of Nicaea and many others in the 4th, 5th and 6th centuries as well as the integration of Christianity with European Paganism that formed a religion opposite to the teachings of Jesus. Can anyone guess who was born at the end of the 6th century (relevant to this conversation)? The Prophet Muhammad.

We see the Jews of Medinah were there (specifically) to await the coming of the next prophet as well as the famous story of a Christian Scholar, Salman the Persian, who studied with the top scholars and priests. His final teacher said that he knew no other priests upon the original truth of Jesus and to await the new prophet in Arabia. After arriving in Medinah only years later you can guess again who arrived? The Prophet Muhammad. Salman tested him and even identified a specific birthmark and then accepted Islam.

Authentically we can see that no other scriptures of prophets has remained authentic, unchanged and perfectly preserved for over 1,000 years except the Quran. This is because the past prophets were sent to their nations for that time, while the Prophet Muhammad was sent to all mankind for the rest of time. So while the Bible was constructed from unknown authors, generations after Jesus, from 3rd party accounts and finally compiled nearly 400 years after Jesus (and even today Catholics and Protestants disagree on inclusion of 6 whole books)… the Quran was memorized and written during the life of Muhammad, verified directly by the prophet, compiled into 1 book soon after the revelation ceased, in the original language, understood/spoken today and we even have pronunciation (Tajweed) preserved perfectly. Not only is the Quran perfectly preserved by the life of Muhammad and even hundreds of his companions and their students are well documented and survive as a perfect complimentary source to derive perfect guidance.

Perfection in a complete way of life. Not only do history and authenticity give God’s true religion leverage in comparing religions and finding the truth but the perfection of the way of life and it’s agreement with our inner natures is without contradiction. This is because the Creator of mankind and the Creator of Islam is one and the same, God. While we mentioned that many are brought up a certain way later in life and hold various opinions, the innate nature (fitrah) of all men is perfectly in agreement with Islam and the Shariah. While some argue individual aspects which they may disagree with one who studies the entire religion and all aspects which are inter-related we see a perfection in worship, family law, criminal law, morals, ethics, manners, politics and so on. With thousands of years and thousands of people attempting to create a “good” system we have the perfect system of not just government but all life which was revealed to a simple and upright man who lived in the desert almost 1,500 years ago.

So while Christians and other religions cling to dreams God’s true religion (Islam) is the largest and fastest growing religion due to truth. Through historic, authentic and logical research Islam is proven – which is natural in humans to conclude truth since we are from the same source as Islam, God. God’s truth leads to true harmony of mind, body and soul with a perfect guidance to the individual, family, society and world.

If being born to a country or family of a religion was proof of truth there would be hundreds of truths, but we know there can be only one. This truth is from God and is not for any one race, ethnicity, country, time, gender or so on. This is the universal truth of Islam – God’s greatest mercy and blessing to mankind.

Is the Bible God’s Word?
Journey of Salman the Persian